Oceanografic is the largest aquarium in Europe. Located in the complex of the City of Arts and Sciences of Valencia.

The marine park has a scientific, recreational and educational vocation with an aim of bringing the marine world closer to us all and raising awareness of the need to protect its fauna and flora.

Its facilities, characterised by their avant-garde architecture, represent the main marine ecosystems of the planet. Each of the Oceanografic buildings house reproductions of different ecosystems such as Mediterranean, Wetlands, Temperate and Tropical Seas, Oceans, Antarctic, Arctic, Islands, the Red Sea and a Dolphinarium.

Visitors can learn about the behaviour and way of life of over 45 000 specimens of 500 different species including sharks, penguins, belugas, dolphins, walruses, sea lions, seals, turtles, rays, sawfish, jellyfish, starfish, sea urchins and all kinds of crustaceans.

The aquarium offers a wide range of activities, both for professionals (recovery and conservation of sea turtles, or handling and care of sharks) and for the general public (from ‘sleeping with sharks’ to getting to meet dolphins and sea lions).

The Oceanographic also sports the longest underwater tunnel in Europe, the largest 4D cinema in Spain, facilities dedicated to Education and Research, a marine fauna rehabilitation area, a submarine restaurant and other food stops and shops.

Open all year round, from 10:00 (except 25 December and 1 January when it opens at 12:00). Closing times vary depending on the time of the year or certain dates. 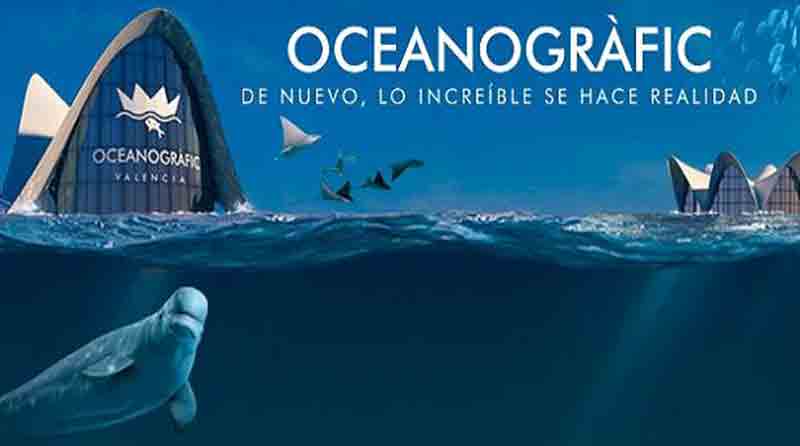