The XVI edition of this film festival takes place from 11 to 18 May in ten different Alicante city venues.

A hundred films will be screened, most for free, with a small admission fee of EUR 5 for the feature films taking part in the competition.

The festival has different thematic cycles with films for all tastes. This year’s new additions are a section dedicated to the environment, which will be held at the Museo de Aguas de Alicante, and a cycle dedicated to Iranian cinema, with screenings at MARQ and at MACA.

During the nine days of the festival there will also be a variety of workshops, concerts and open-air screenings in seven city squares. 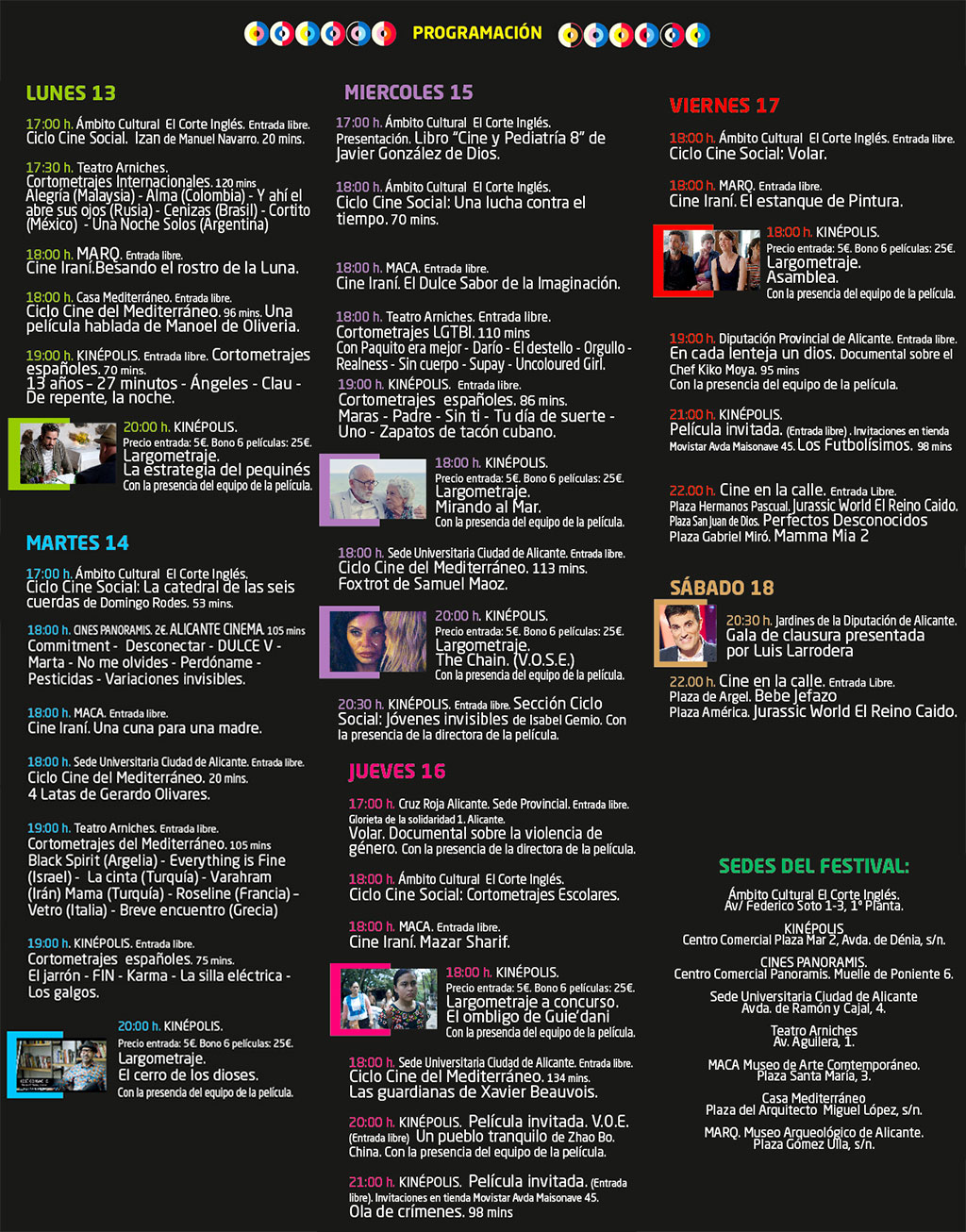