The XVII edition of this film festival takes place from 17 to 24 October in three different Alicante city venues.

75 films will be screened, most for free, with a small admission fee of EUR 5 for the feature films taking part in the competition.

The festival has different thematic cycles with films for all tastes. Also, during the nine days of the festival there will also be a variety of workshops and concerts. 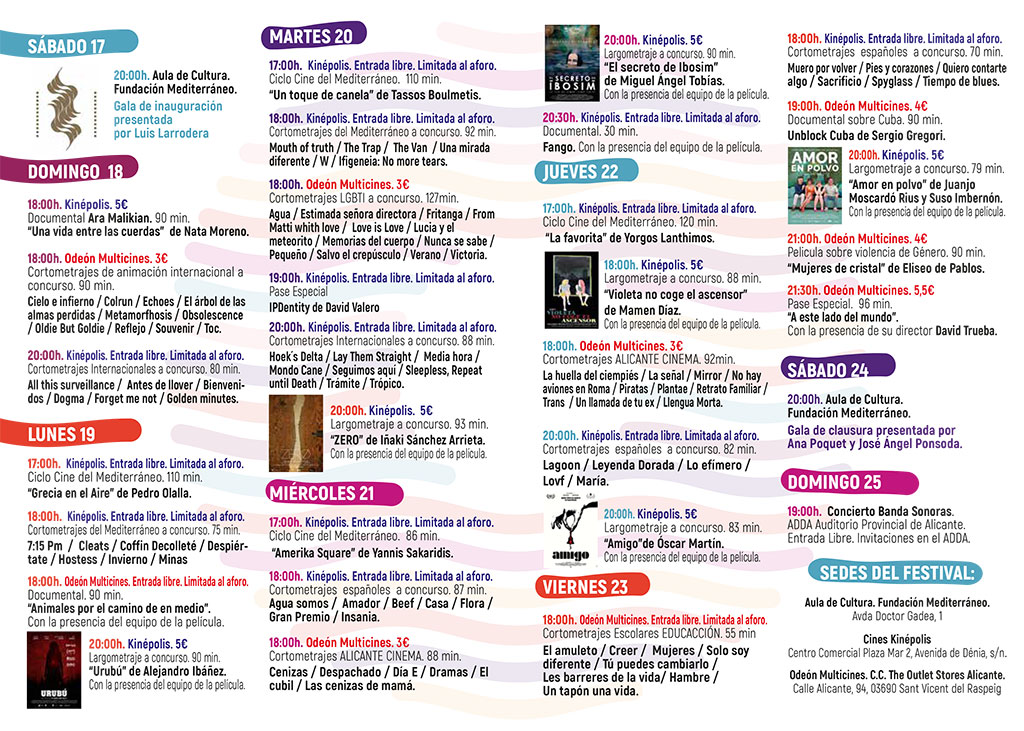