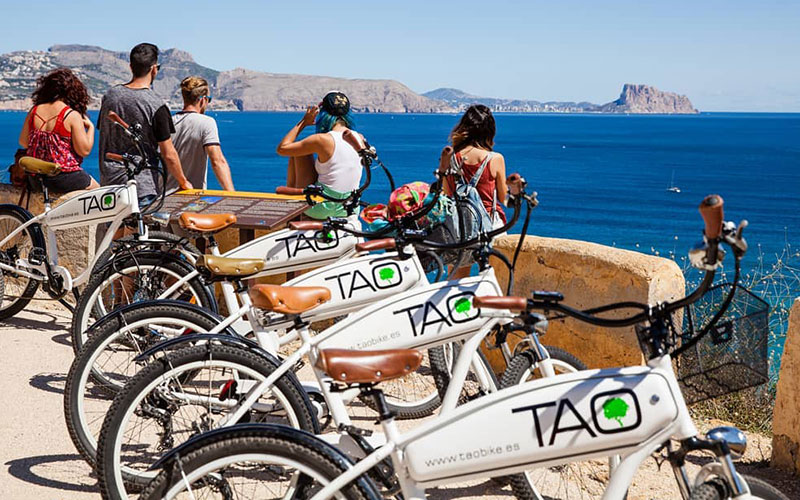 Join the responsible and ecological tourism by taking one of the guided bike routes of this company located in Benidorm.

“Tao Bike” specialises in organising guided routes on electric bikes for all levels, on the road or in the mountains, for individuals and groups.

They have a wide variety of routes, where you can visit Benidorm and its surroundings. The most popular routes take in a winery, a natural park with waterfalls, the mountains of the Sierra Helada, a village built into the rock of Arabic origin such as Guadalest, a pretty fishing town such as Villajoyosa or the bohemian atmosphere of the sunset in the town of Altea.

You can also discover the breathtaking beauty of the Costa Blanca, through its electric mountain bike routes (e-mtb), which run through some of the most famous mountains of our region such as Sierra Helada, Sierra Cortina, Sierra Bernia and El Puig Campana.

Or if you prefer to go on your own, you can rent one of their e-bikes according to your preferences.