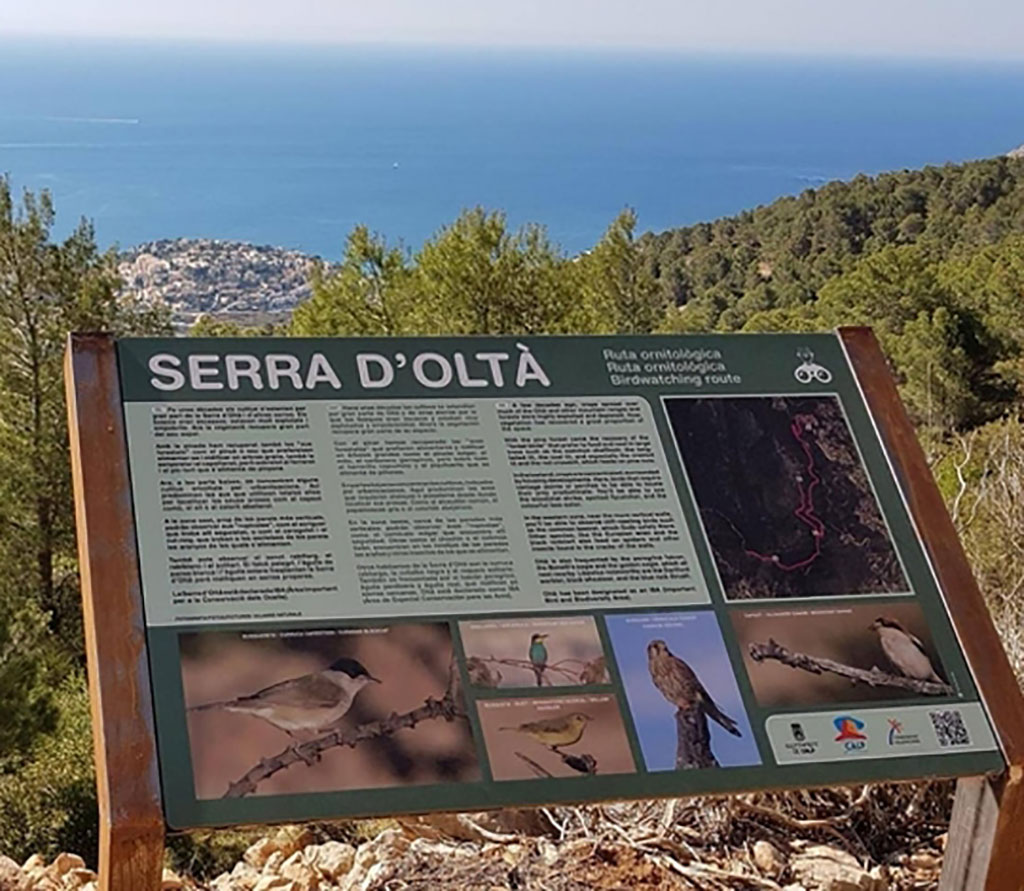 This type of ecotourism, which is booming in the locality, is motivated by the study and observation of birds and their habitats and, year after year, brings to Calpe a greater number of visitors, attracted by the great variety of birds that pass through or live in the locality.

A route has been created in Morro de Toix. Another in the Serra d’Oltà, an area declared as special conservation for birds. A third route is located on the ecological walk Princesa de Asturias, located at the foot of the Penyal d’Ifac. The last route that has been enabled is located in Las Salinas.

To do this, in addition to the path of the routes, different posters have been installed with information on the birds that can be seen in each of these places, their greater or lesser presence depending on the time of the year as well as information on the places where they inhabit.