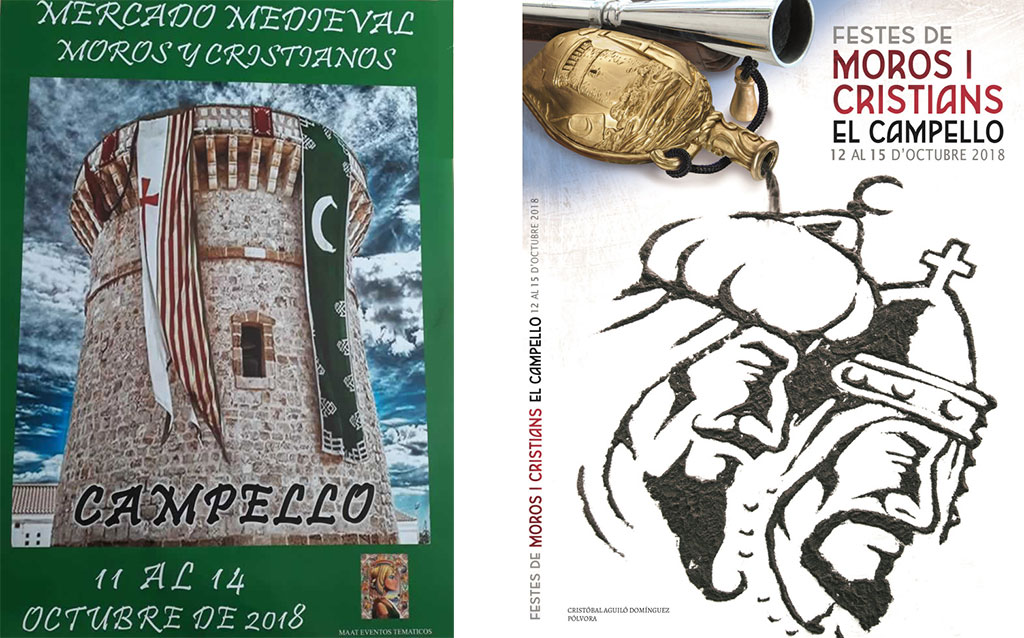 This Medieval Market starts on 11 October and ends on 14 October, open to the public from 11.30 to 14.00 and from 17.30 to 22.30, it takes place in Campello’s Plaza de la Constitución and surrounding area with a wide variety of craft and food stalls.

There will be fun for all with both day and evening shows, children’s area, parades, workshops and music.

The market is on at the same time as the Moors and Christians Festivities, which start on 12 October and finish on 15 October.

Festivities start on Friday with the famous ‘El Desembarco Moro’ (Moorish landing) followed by the spectacular ‘Embajada Mora’ on the ‘Carrer la Mar’ beach. Festivities continue with other traditions such as the ‘alardos’, grouping of different ‘embassies’ in front of the castle and colourful parades that will fill the streets with music and light.

On 13 October at 11.30 the ‘Christian Embassy’ takes the lead and then on 15 October religious acts in honour of Saint Teresa and the ‘Virgen de los Desamparados’ take place ending with a magnificent fireworks display.

The ‘Meat Carnival’ in Valencia’s Marina on ...