Celebrate the 425 anniversary of Tibi’s reservoir

Tibi ‘opens its doors’ by offering a series of conferences and activities to commemorate such an important milestone; 425 years of history and the town’s identity symbol.

The construction of the reservoir was completed in 1594. At the time it was the most important reservoir not only in Europe but in the world, standing at over 40 metres and with a capacity of between 4 and 5.4 million cubic metres.

Today the reservoir is the oldest working dam in Europe and was declared a Site of Cultural Interest in 1994. 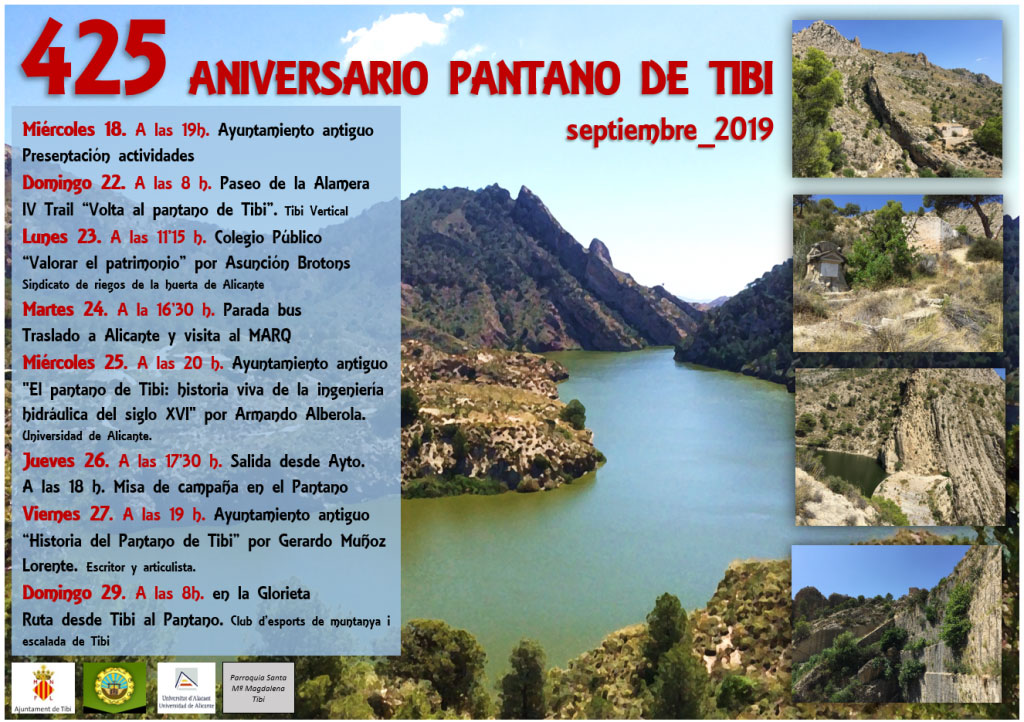