The Palm Grove of Elche 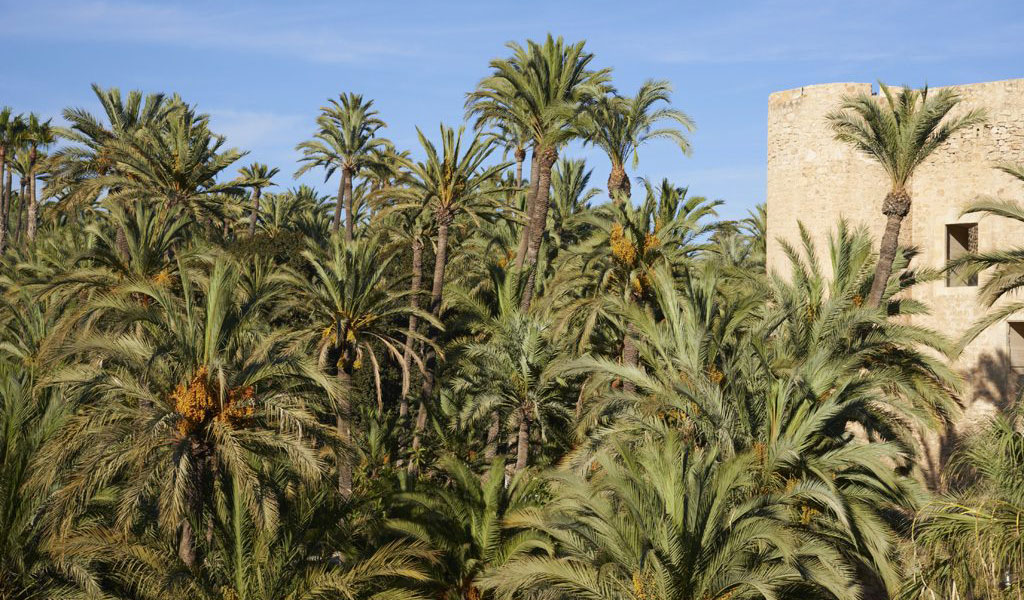 Discover the ‘Palmeral de Elche’, a World Heritage Site since 2000. Thought to be the largest palm grove in Europe and one of the largest in the world.

The ‘Palmeral de Elche’ is a large oasis planted by the Arabs during the occupation of the peninsula in the 8th century. It is totally integrated in the city, with several gardens and plots surrounding its centre. The palm grove occupies some 500 hectares with between 200 000 and 300 000 palm trees, mainly date palms. A good place to visit the grove is the Municipal Park, near the city’s historical centre. Nearby, visitors may also go to the Huerto del Cura, a landscaped garden with one of Elche’s most emblematic palm, the Imperial Palm, an exceptional example of a date palm with seven branches growing from the same trunk.