‘Great landing of Moors and Christians’ at Postiguet Beach of Alicante 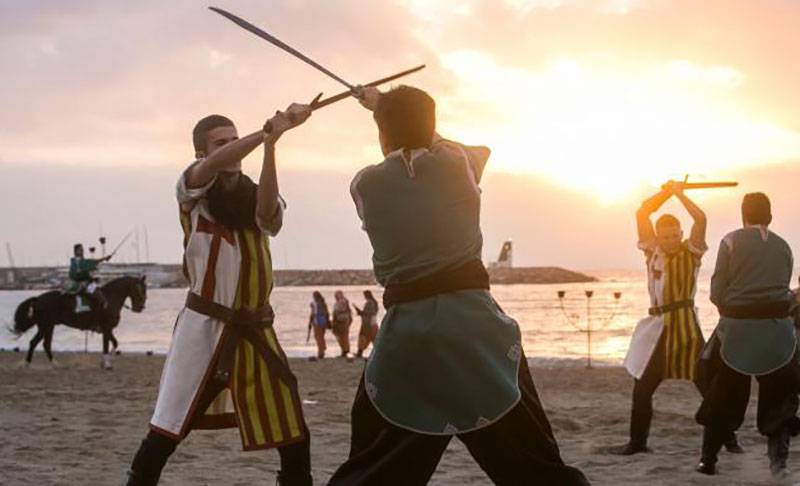 Alicante welcomes this tradition for the second year in a row. The event will take place on Saturday, August 3 at Postiguet Beach.

The great landing, a traditional battle that dates back to the end of the 16th century, will begin with the arrival of the boats to the beach, which will be followed by the firing of Christians and Berber pirates.

Tourists and Alicante citizens can enjoy from the walk or from the beach of the recreation of the landing with a show composed of arquebuses, colorful costumes, capes, sabers and fireworks shows.

The medieval atmosphere is complemented by an Arab Market installed in the beach parking from August 1 to 3. It will feature crafts, food and typical Arab products, as well as music of the time.

Film Series ‘What we laugh about in ...